Please fill out the form below.

Templates & courses to help you build sites that get attention. 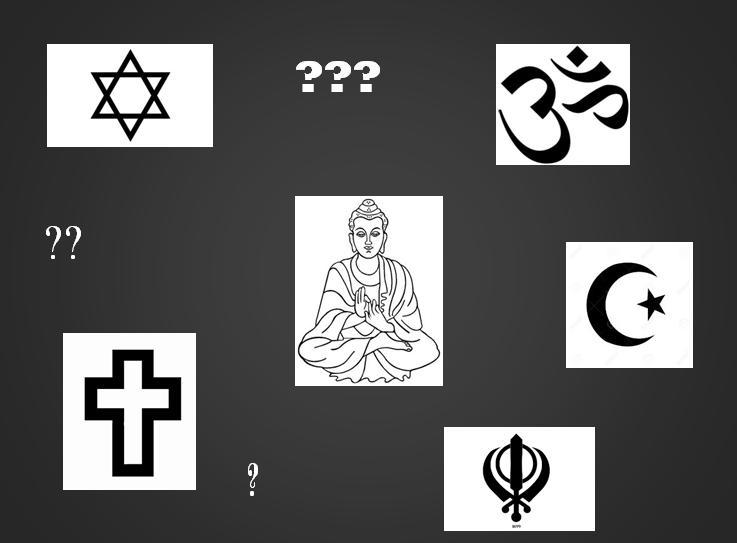 There has been a lot of discussion lately in mindfulness in education circles (for example, here, here, and here) about the need for mindfulness programs in educational contexts to be completely secular. This is in the face of recent legal challenges to some mindfulness programs in schools, on the grounds that these programs are a type of covert religious indoctrination to Buddhism. One consideration, especially in the US public schools context, is the need for separation of church and state.

Here are some of my brief reflections on this very complex question, from my experience as a mindfulness practitioner in a Buddhist tradition, and as a pediatrician who teaches secular mindfulness in health care settings.

You absolutely do not need to be a Buddhist to practice mindfulness.

Jon Kabat-Zinn is fond of saying, “Even the Buddha wasn’t a Buddhist.” My own mindfulness teacher, Thich Nhat Hanh, has encouraged the development of skillful and culturally appropriate ways to offer mindfulness in non-religious ways. Although Thich Nhat Hanh is a Buddhist monk, his Buddhism is inclusive and non-evangelical. At his practice centers, I have met people of all religious backgrounds, including catholic priests and nuns. Thich Nhat Hanh never tries to convert people to Buddhism, and in fact, encourages people to (re-)connect deeply with their own spiritual and religious traditions, and renew them. He once said, “If I had to choose between Buddhism and peace, I would choose peace.”

In my medical practice, I strive to offer mindfulness in a secular way that is accessible to people of any religion, because I hope that the practice may benefit anybody, and I don’t want religion to be barrier.

Ignoring the peoples, histories, and cultures that have contributed to mindfulness as we know it today, risks cultural appropriation. In striving to present mindfulness in a purely secular way that, there is the risk of (further) marginalizing the peoples and cultures that have contributed so much to this gift to humanity through many generations. By erasing that history, it can leave the impression (even if only by omission) that mindfulness is somehow a “new” invention, or a Western creation. For me, this risks a type of cultural colonization – taking something beautiful without giving credit. This needs to be considered in a larger, complex context of historical colonial legacies, imbalances of power, and privilege. My friend Susanna Barkataki has explored this issue much more eloquently than I can.

For me personally, I feel the need to respect my teacher and my lineage.

As a second-generation Vietnamese American, I was introduced to mindfulness and meditation through my Buddhist family. Later, as a young adult, I studied mindfulness with Vietnamese Zen Master Thich Nhat Hanh. My first mindfulness retreat with Thich Nhat Hanh (in 1999) was a life-changing and heart-opening experience for me. It allowed me to experience how mindfulness could more than an idea or philosophy, but a way of life and a concrete practice. That experience has formed the foundation for my life and work ever since.

In addition, as an immigrant adolescent and person of color growing up in the United States, I experienced a lot of suffering from internalized racism and identity confusion. Re-connecting with my cultural roots through mindfulness has been an important part of my healing journey.

When I wrote The Mindful Teen, I explicitly offered acknowledgement and gratitude to my family and my teachers for helping me on my own path of mindfulness practice. To not mention them would have felt disrespectful, as if I had “invented” mindfulness somehow — when in reality all I’ve done is adapt and offer the practices that I’ve learned from others, within a specific context of adolescent health.

Just because something has religious influences, doesn’t mean that we can’t all learn from it in a secular context.

The Rev. Dr. Martin Luther King Jr. is one of the most revered leaders for social justice in the US and worldwide. His work was deeply influenced and rooted in his Christian theology. I myself am not a Christian and I have no interest in converting to Christianity. Does this mean that I should not admire and be inspired by Dr. King’s work? Similarly, does this mean that Dr. King’s teachings should not be taught, celebrated, and practiced in secular settings such as US public schools? If so, then would that also imply that the Dr. King US federal holiday is unconstitutional?

For me, the question of whether any particular mindfulness teaching or practice is “religious” or “secular” has less to do with the historical influences that inform that particular practice (e.g. Buddhism, yoga etc), and more to do with the specific language, content, and context in which it is presented. Religious and wisdom traditions throughout the world have much beauty and wisdom to offer us. If we cannot find skillful, culturally appropriate, and inclusive ways to learn from them without threatening the church/state separation, then we will all be poorer for it in my opinion.

There’s no ignoring the “Elephant in the room.”

A thirty-second Google search of “mindfulness” will  reveal many links with Buddhism. To not mention it is to ignore the elephant in the room, and risks inadvertently furthering the impression that mindfulness programs have “something to hide.” In my experience, it’s more useful to address the question head on, in an inclusive and respectful way.

We can practice mindful communication with critics of mindfulness.

Criticisms and attacks on mindfulness in schools usually comes from a place of love for children, a desire to protect them from perceived harm, as well as possibly, a deeper suffering, anxiety, or fear. There may also be valid criticisms and cautions which we in the mindfulness community can learn from. Can we listen with an open heart, without getting defensive? Can we embody humility and unconditional love in the way that we respond? Ultimately, our own mindful and compassionate presence (including, and perhaps especially, with critics of mindfulness) is the best ambassador for bringing mindfulness into society, more so than anything we can say, or any arguments that we can make.

Putting it all together

I work with a very diverse, multicultural population, including Canadian Indigenous peoples, devout Christians, Muslims, Jews, Jehovah’s Witnesses, and more. When I am inviting a youth to join our mindfulness programs, I say something like this:‍

“Mindfulness isn’t new, and I didn’t invent it. It is thousands of years old, and has roots in traditions from Asia, like Buddhism and yoga. That said, you definitely don’t need to be a Buddhist to practice mindfulness. Mindfulness is about cultivating a present-moment, open-hearted awareness and compassion. That kind of awareness is found in wisdom traditions throughout the world, whether or not they call it ‘mindfulness.’ The mindfulness that we teach here is for anyone of any religion, or no religion at all. That’s because we’re not going to ask you to believe anything, or to not believe anything. Instead, we’re just going to invite you to pay attention, and learn from your own experience.”

To this day, to my knowledge, I have not had any youth or family decline or object to mindfulness on religious grounds.